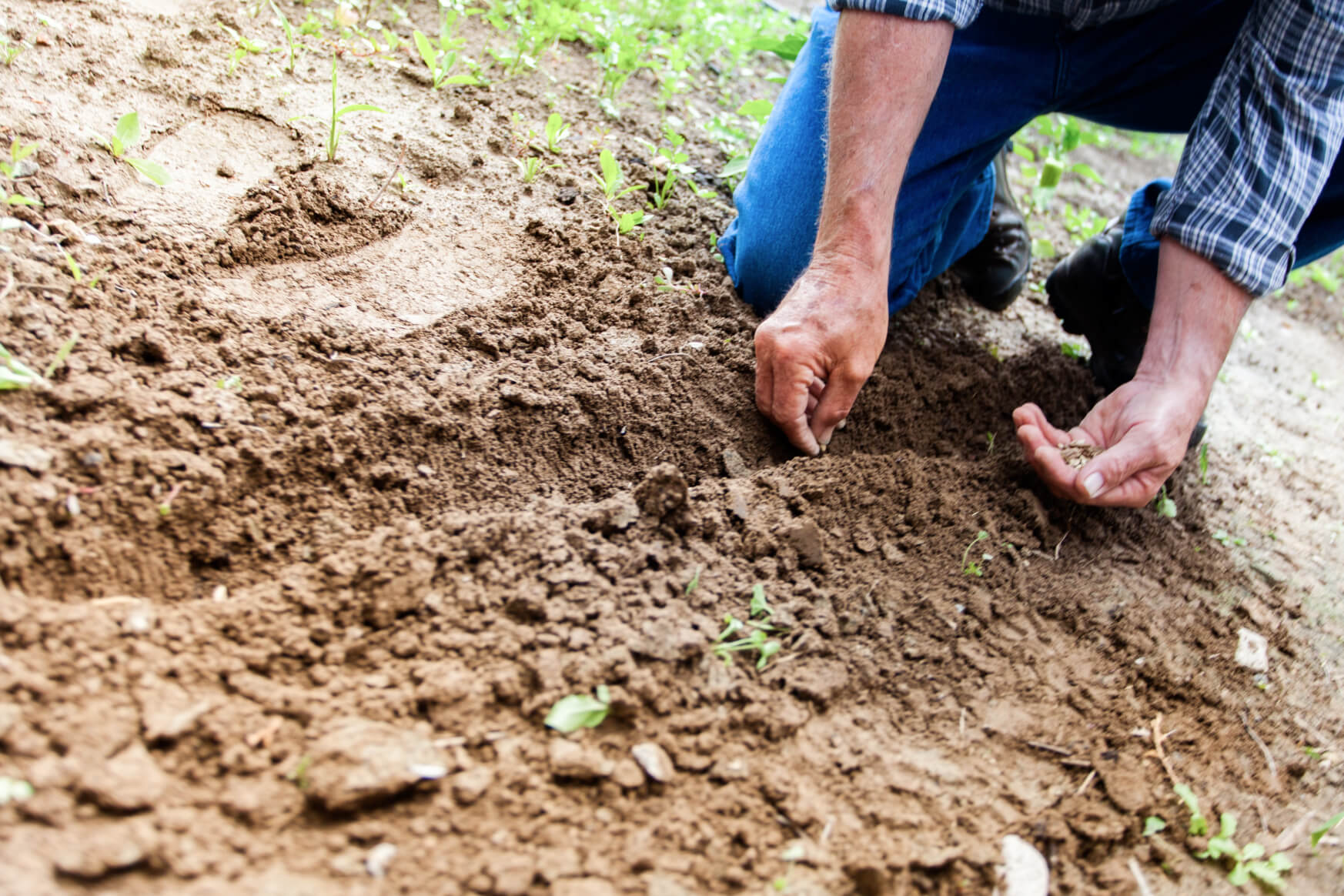 The Soil Health Hub is an initiative we organised to uncover and learn about the challenges and opportunities around soil health. We invite farmers, industry professionals, scientists and others to share their industry wisdom and real-life experiences. In the very first episode of the Soil Health Hub podcast, we have a very special guest - Jake Freestone.

Jake Freestone is the farm manager for Overbury Enterprises (est. 1723) which sits on the Gloucestershire/Worcestershire border in England and covers an area just over 2,000 Ha from Cotswold brash soil on Bredon Hill over sand and gravel and lias clay into the Vale of Evesham. The 1,600 Hectare in-hand farm is a mixed arable and sheep farm with some land let out for vegetable production with irrigation.

Jake is also a LEAF accredited farmer and a Year-2013 Nuffield Scholar. Jake won Progressive Farmer of the Year by the Farm Business Awards and Soil Farmer of the Year 2020 by the Farm Carbon Toolkit. Jake is passionate about food, farming, education and conservation. His mission is to push the agenda and create awareness of more sustainable and regenerative farming which focuses on the health of the soil.

Here are some of the main topics Rob and Jake discussed.

What is a healthy soil?

According to global estimates, between one billion ha to over 6 billion ha are considered to be degraded. The problems vary from region to region - in some places, it happens naturally but in most, industrial farming practices, pollution and the expansion of urban areas lead to severe soil degradation.

Soil is losing its organic matter which is more than half carbon (C). Organic matter adds to soil fertility and overall soil health by enhancing the physical, chemical and biological properties of soil.

In Jake's words, 'A healthy soil - you get a spadeful of it, break it apart and find life in there. Can you find earthworms? Can you open it up and when you smell it, it smells sweet and organic, a bit like compost, you know, that you would put on your garden. So trying to actually put a measurement on soil health, I think is a really, really big challenge, in terms of putting a number to it. It's more, more a feeling. And I think that's where the industry will have challenges going forward."

What practices of regenerative agriculture does Jake use at Overbury?

Jake started moving towards minimal cultivation scenario, partly based on economics - he was trying to reduce diesel use, reduce machinery whilst increasing efficiency. Since 2015, the farm has been managed using the principles of regenerative agriculture which include:

The changes have made a huge improvement in the soil health, easily measured by increased earthworm numbers, which has subsequently increased the number and species of farmland birds. Coupled with the principles above, we have stopped using insecticides and seed dressings on the crops. The farm still uses pesticides, such as herbicides (weed killers) and fungicides (crop health and protection) they are reducing these slowly as they grow healthier crops in healthier soils.

What were the cost savings and productivity gains in result of these regenerative practices?

The first cost reductions they noticed on the farm was in diesel use. "We have gone from about 52 litres a hectare to establish a crop of wheat down to 17 litres if we roll it afterwards," says Jake. "We've lost 280 horsepower worth of tractor out of the system." This has made some huge cash savings across the 1,200 hectares they're currently farming.

"We're looking hard at how we can improve our nitrogen use efficiency, but ultimately reducing overall rates and we've cut it down by 15%. We haven't used insecticides on arable crops here for the last four years", shares Jake, "And again, we're not seeing any detriment to that. In fact, we're actually seeing faster plant emergence."

"In terms of output and productivity, our wheat yields have remained the same. We had a really good year in 2019 the highest yield of all the crops across the farm," says Jake. "The results in yield productivity depend on the right weather combined with building organic matter in the soil."

What were the resulting changes in organic matter in the soil?

To monitor changes and detect trends in organic matter, sampling and testing should take place regularly. "We've moved some organic matters on some of our sand and gravel land fields from 1.1%, based on loss of ignition in 2005, up to just under 3%, in 2017," he says. Jake looks at organic matter like "a sponge that holds nutrients and water".

"In terms of organic matter, our limiting factor here in the UK, believe it or not, is still drought, in terms of wheat yields. So anything we can do to manage water is important. And for me, that is about holding on to it when it's in short supply and also shedding it through the soil profile, in periods of excess - organic matter will do that."

Which other characteristics are important for measuring soil health?

Another key indicator is the earthworm count - at Overbury, they are aiming for 400 earthworms count per square metre. Jake also mentions the importance of the biological and fungal relationships within the soil.

What role does livestock play in improving soil health and reducing carbon footprint?

"Our sheep, who lamb outdoors in April, play a crucial role in the whole farm system, grazing grassland through the spring, summer and autumn but also forage and cover crops on the arable fields during the winter months. Lamb is fattened from grass and forage crops and sold through Sainsbury's and locally through a box scheme. The cover crops protect the soil from winter rainfall reducing erosion and capture significant levels of carbon dioxide (reducing climate change), feed the soil bacteria and fungi but also provide habitat, food and protection for our farmland birds," says Jake.

Are carbon sequestration markets part of the solution to climate change?

For more information on carbon sequestration and carbon trading markets, check out our podcast episode "The Future of Carbon Farming" with Daniel Baertschi at the hot seat.

"I've been really lucky, partly from Penelope Bossom, who's my employer here Overbury, to enable me to go my Nuffield Farming scholarship, that was that was pretty life-changing."

Jake also mentions Bill Ritchie in New Zealand, who designed and created the 'no-till drill' they use at Overbury; John Palsy, an organic farmer in Suffolk for his knowledge in the organic sector; Andy Howard, a Nuffield scholar who got Jake into intercropping.

To hear the full discussion with Jake Freestone, listen directly on the player above, on your favourite podcasting platform or visit soilhealthhub.com/podcast.

Join our entrepreneurial network and get our insights straight into your inbox:

Welcome to the network!

Please confirm your email address via the link we've just sent you.
Make sure to check 'spam' and 'promotions' folders if you don't see us right away.
Oops! Something went wrong while submitting the form.