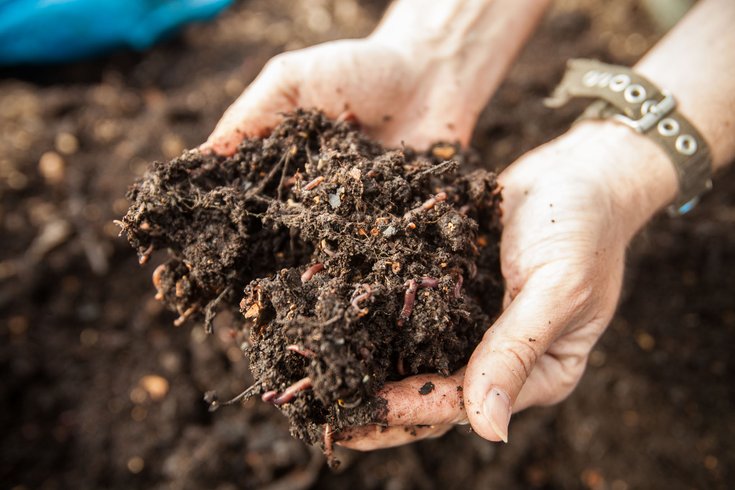 The Soil Health Hub is an initiative we organised to uncover and learn about the challenges and opportunities around soil health. We invite farmers, industry professionals, scientists and others to share their industry wisdom and real-life experiences. We have two special guests in this episode, Dr. Elaine Ingham and Daniel Tyrkiel.

Dr. Ingham uncovered the Soil Food Web nearly 4 decades ago and has been pioneering research about Soil Food Web ever since. Widely recognised as the world’s foremost soil biologist, she’s passionate about empowering ordinary people to bring the soils in their communities back to life.

Daniel Tyrkiel, one of Dr Ingham's programme graduates, is the director of T.I. Soil Ecology Laboratory, in charge of commercialisation of a soil food web inoculum for use in large scale agriculture. The inspiration for his work and interest in soil health comes from Dr Ingham. Here are some of the highlights of the discussion between Dr Elaine, Daniel and Rob. More about the Soil Health Hub here.

40 years ago, Dr. Ingham was advised against researching organisms in the soil for her PhD. Today, everybody is catching on to how important biology is in the soil.

"Bacteria have been in the soil for the last 4 billion years, the fungi have been around for 3.5 billion years. Why would Mother Nature, promote and make certain that these organisms are still in the soil? They have to be doing something?", Dr. Elaine Ingham

What is regenerative agriculture in a nutshell?

Dr Ingham defines it, 'It's putting back into the soil, all of the components that we have to have for us to call it soil. The problem is that most of the current agricultural practices, we're destroying the organic matter, and we're destroying the life in that soil. And once those, either one or both of those are gone, it's not soil, it's dirt.'

When all biology has been killed and the organic matter blown off into the atmosphere as Carbon Dioxide (CO2), the choice becomes to use toxic chemicals to grow crops. Chemicals then blow-off into lakes, rivers and streams, destroying water quality.

'So we're slowly but surely causing all of the desertification, the inability to grow crops on land', says Dr Ingham, 'But the way to deal with it is put the biology back into the soil, put the organic matter back into the soil. And we have very easy simple ways that anybody really can utilise those methodologies.'

Daniel is leading controlled trials in Hampshire, UK with only biological treatments. Daniel wants to demonstrate to farmers in their own fields, the difference between how chemical systems and biological systems work and to establish a baseline.

What is the cost of biologicals for farmers?

'At the moment I'm sort of judging a healthy figure for my business for the future that would allow me to want to go in and work with a field at farm scale would be about £400 per hectare/ $200 an acre', says Daniel.

Daniel's goal is to fix the biology in the soil in one season by adding biological treatment and including cover crops. Cover crops in the UK (due to mild winters) will be growing all-year-round so the biology will always be fed by the plants. The next step of the process is for the farmer to change their system from a ploughed field to a directly drilled constant cover crop. This shift will allow the biology to thrive and it won't be necessary to be re-applied again.

'And the only time he's going to be applying biology is when we do, you could call it compost teas', explains Daniel.

'With fertilisers and pesticides and things you're losing part of your investment, because those chemicals are always going to be destroying part of that healthy growing system.'

'This is a surface coverage so that when like a spore of a disease causing fungus lands on a leaf, it doesn't actually land on the leaf, it lands on that layer of beneficial bacteria, fungi protozoa, nematodes, etc.', Dr Elaine explains, 'And there is then no way that that spore or that dormant insect, agar, whatever might land on those leaves, it will never reach the plant tissue. Because of that protective layer. There's no food for that spore to germinate and start to grow.'

If the spore manages to germinate somehow, then, according to Dr Ingham, one of the beneficial organisms would attack it, outcompete it and consume it for all available nutrients.

'We call it castle walls, knights in shining armour, protecting your plant from the alien invaders.'

What is a fungal bacterial ratio?

Dr Ingham explains that after a catastrophic event (e.g. fire, drought, flood) the biology in the soil is severely depleted and nature starts building the 'food web' back. The first thing that happens is the emergence of big amounts of bacteria. 'Structurally complex plant materials go into the soil and get decomposed, those are more fungal foods than they are bacterial foods. And so now the fungi start doing better than the bacteria. So now you shift that fungal to bacterial ratio.'

It's important for growers to find out what the fungal to bacterial ratio in the soil is (differs for different plants) and plant crops at the stage of succession selected for that ratio. This way growers can control very easily what the nutrient cycling is in the soil.

To hear the full discussion with Dr Elaine Ingham and Daniel Tyrkiel, listen directly on the players above or visit soilhealthhub.com/podcast.

Join our entrepreneurial network and get our insights straight into your inbox:

Welcome to the network!

Please confirm your email address via the link we've just sent you.
Make sure to check 'spam' and 'promotions' folders if you don't see us right away.
Oops! Something went wrong while submitting the form.